Two cards from 1898 can be classified as the earliest known 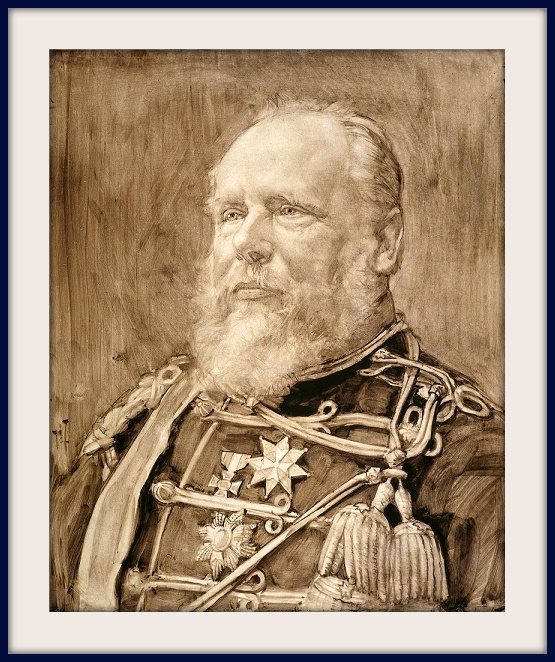 Dutch maximum cards. The blue 5 cent stamp from Princess Wilhelmina issued in 1891 was used on both cards depicting Wilhelmina. Until, recently a card from 1901 with a picture of Queen Wilhelmina from the fur collar series was reported as being the oldest known card.

What's so special about these cards? Some facts about the year 1898: 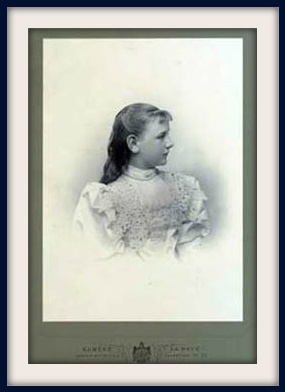 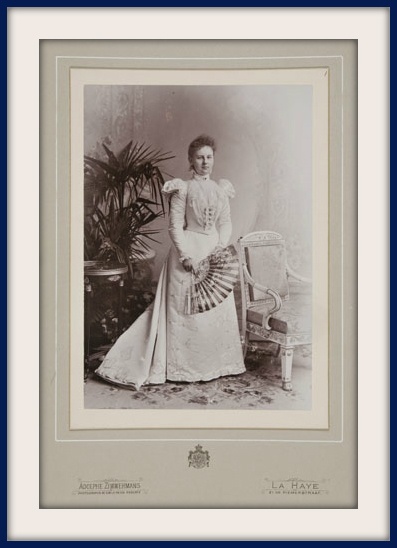 King William III of the Netherlands died in 1890, his daughter Princess Wilhelmina (born August 31st, 1880) actually was in fact technically the Queen. 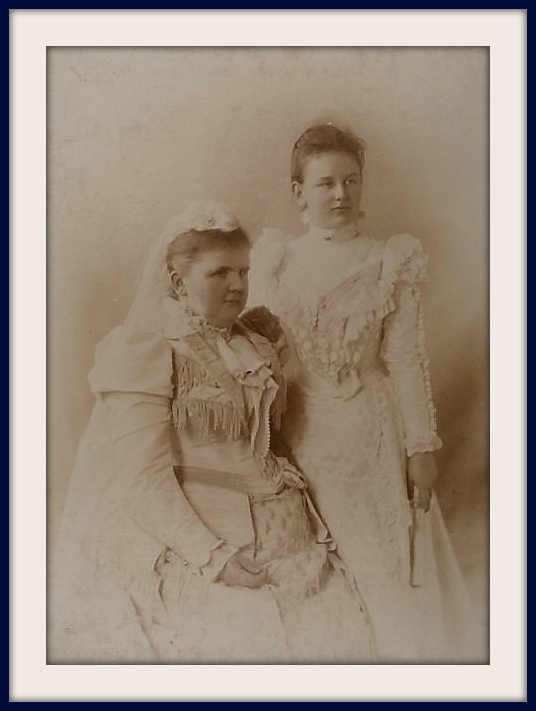 However, at that time she was only 10 years old and Dutch law prescribed that she could only be inaugurated as Queen at the age of 18. In the meantime, her mother Queen-Mother Emma was therefore appointed regent. In 1898 the time had come and on September 6th of that year the inauguration took place at the Royal Palace and the New Church in Amsterdam. 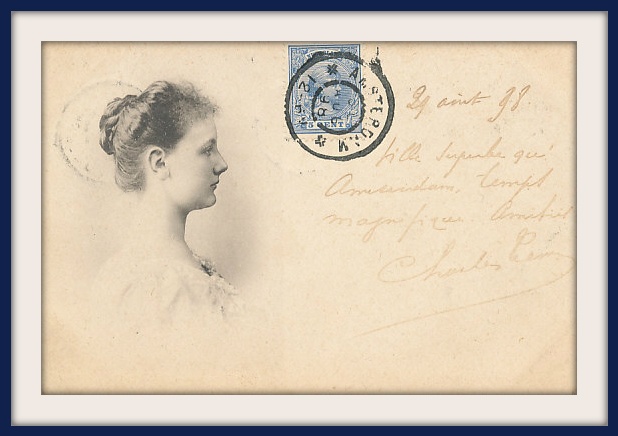 Those are the facts, and now the cards. Both are franked on the picture side of the card with the 5 cent stamp showing the portrait of Princess Wilhelmina and both were sent to an address in the Belgian town of Chimay in Wallonia, which is not far from the French border. The consignee, Madame Bauret is of noble family. The earliest mention of the name Bauret is from the 14th century. The region in the south of Belgium is best known for the presence of the Princes of Chimay.

The card on the left was written on August 29th and shipped from Amsterdam on August 30th, 1898 to Chimay. On the address side is an arrival stamp indicating that the card arrived in Chimay on the same day, late in the evening. 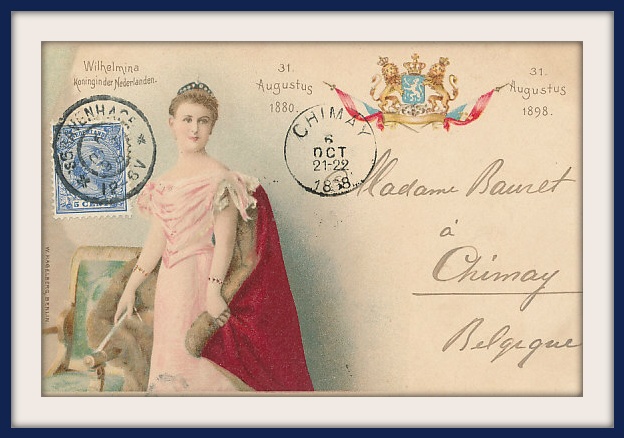 The text on the card reads: 29 Aout 98, Ville superb qu'n Amsterdam temps magnifique, Amities Charles ..... Roughly translated the sender "Charles" thinks Amsterdam is a great city and is having a fantastic time there.

It could be assumed that the sender of the cards, Charles, is also of noble origin and that he was present in Amsterdam to attend the Inauguration of Wilhelmina. The date of dispatch, August 30th, makes this card so special. On that date Wilhelmina was still a princess. A day later, she was 18 years old and was ready to be 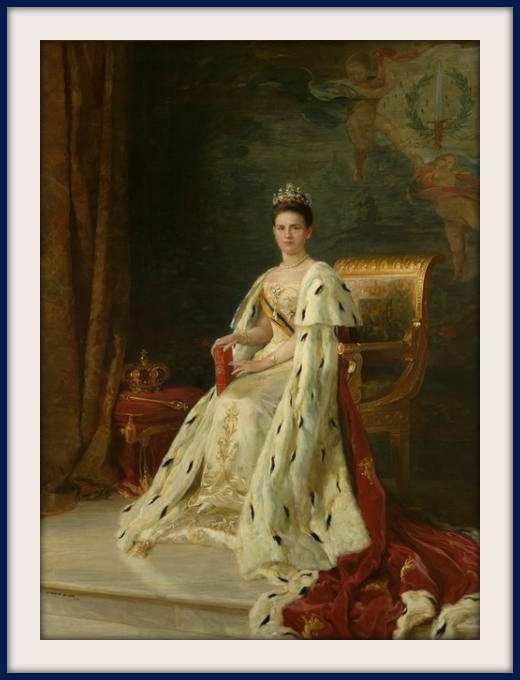 inaugurated on September 6th and become the new Queen of the Netherlands.

The card that is shown above is issued in honour of Princess Wilhelmina's 18th birthday. It was sent on October 6th, 1898 from The Hague and arrived later on the same day in Chimay. At that time, in October, she is already Queen and living at Palace Noordeinde in The Hague. The first stamps on which Wilhelmina can be seen as Queen appear in 1899. From 1872 to 1888, when King William III appeared on Dutch stamps, it is not possible that maximum cards existed because those stamps were used at a time when there simply were no postcards.

To make the story even more complete, a third maximum card is shown below. This card was sent from The Hague in 1899 at the time of the First Hague Peace Conference. 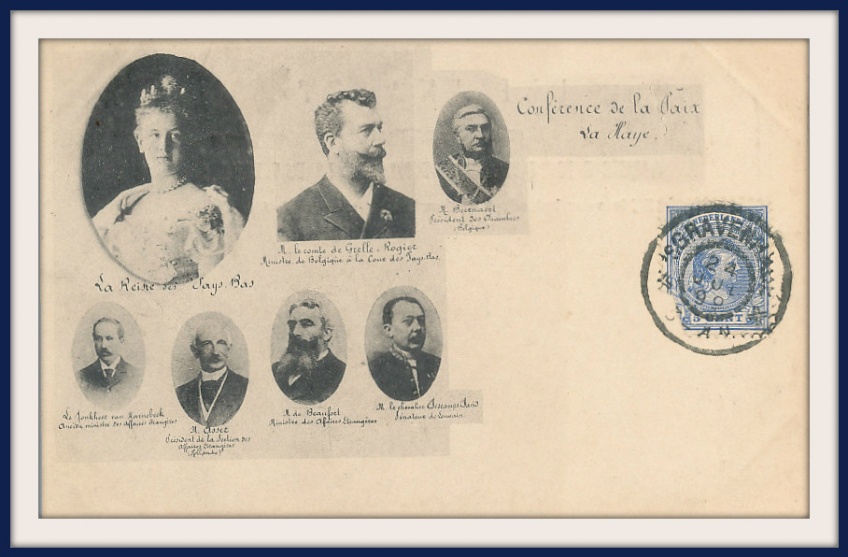 Recently discovered with a Portuguese trader in maximum cards, this card is again back in the Netherlands.

Like the cards from 1898, the recipient is once more Madame Bauret. As mentioned above, Madame Bauret lived in the town of Chimay, however, on this occasion the card is sent to a villa in the Belgian coastal town of Ostende with the date July 25th, 1899. After some research, the address is Rue de Vienne, nowadays the Kemmelbergstraat. It is known that the Belgian King Leopold II at that time owned a villa in Ostende. His villa was located on the Rue Royale, now the Koningsstraat. This Rue Royale exactly crossed the Rue de Vienne, located right on the coast. To have lived there, close to the King of Belgium, you must surely have been of noble birth. The sender proves to have the right feeling that is required for creating maximum cards. Given the handwriting, it is likely that all three cards are from the same sender. This is the third, early Dutch maximum card in a short time to have been discovered.